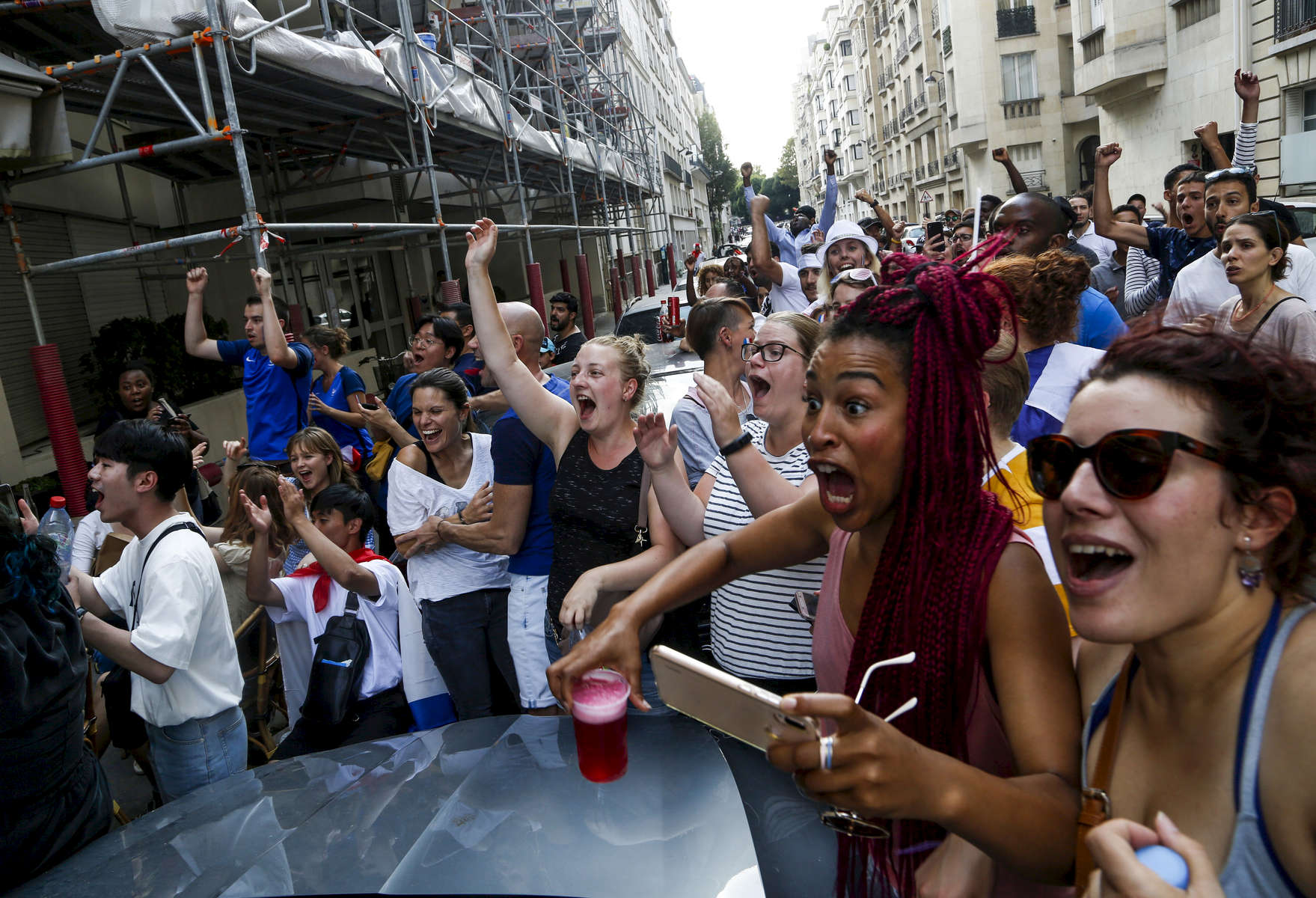 Supporters react when France strikes its first goal during the World Cup Soccer final on July 15, 2018, in Paris, France.