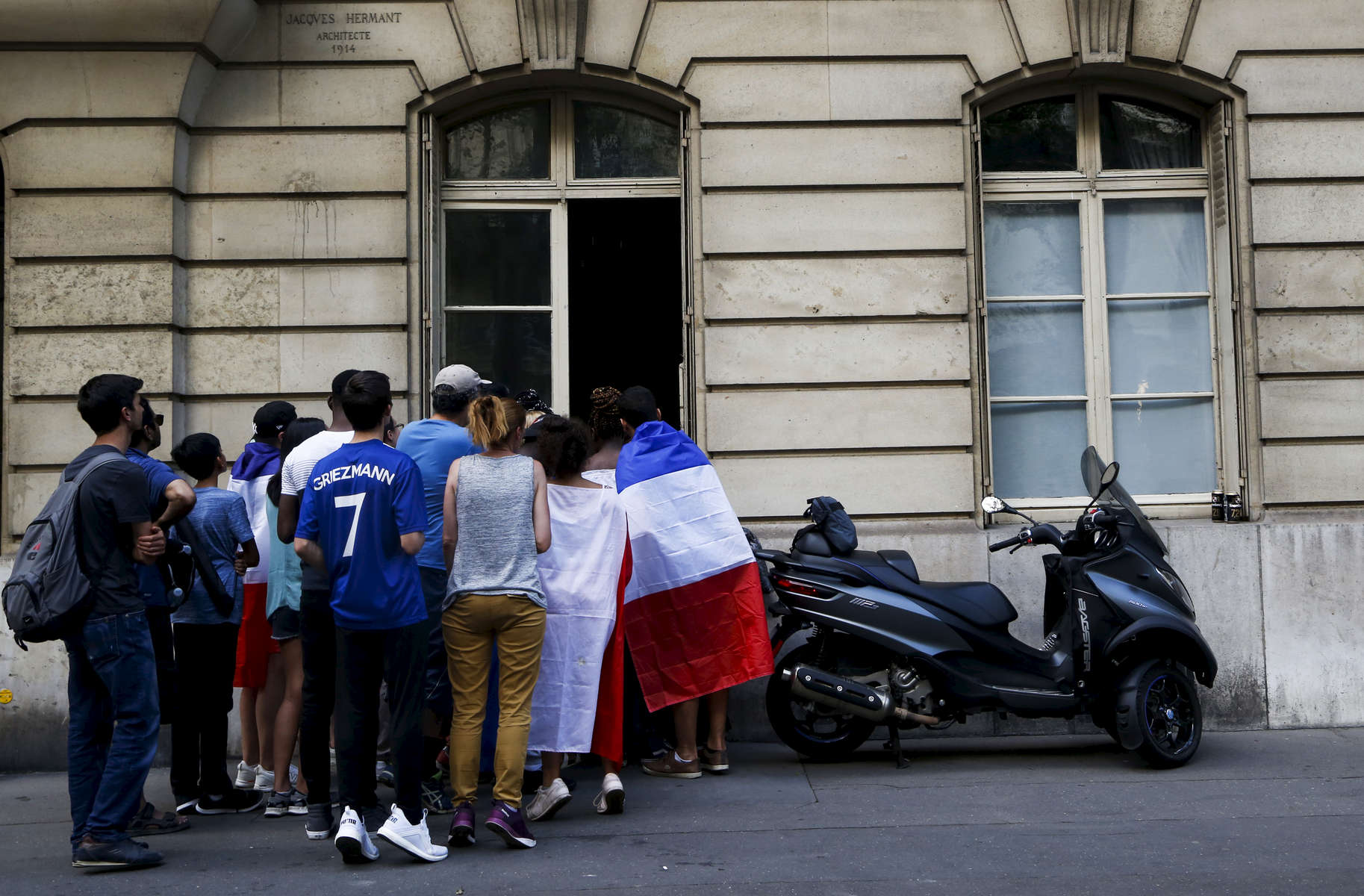 Supporters try to watch the World Cup Soccer final on the TV of a private apartment, on July 15, 2018, in Paris, France.