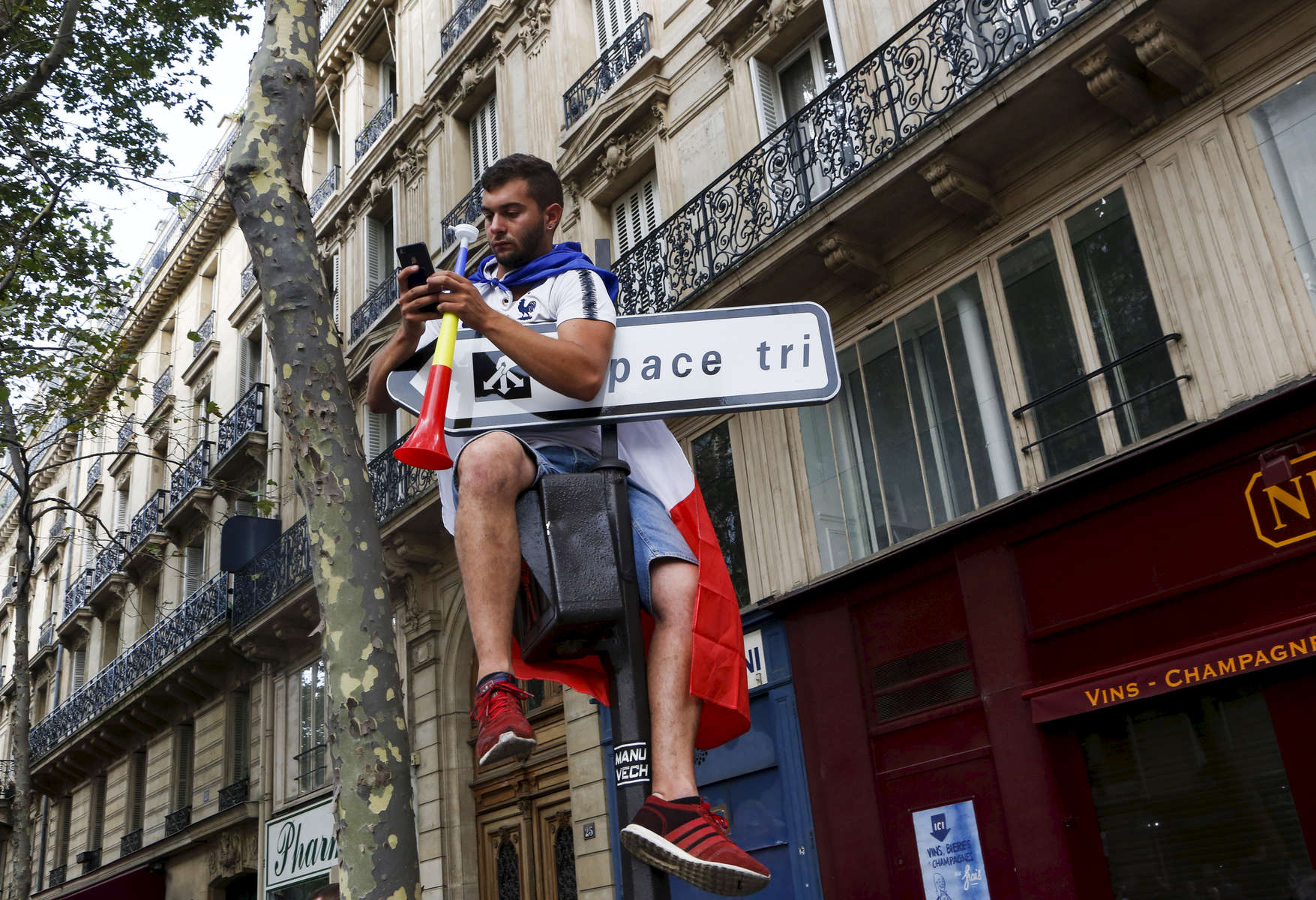 A supporter watches his phone during the World Cup Soccer final, on July 15, 2018, in Paris, France.